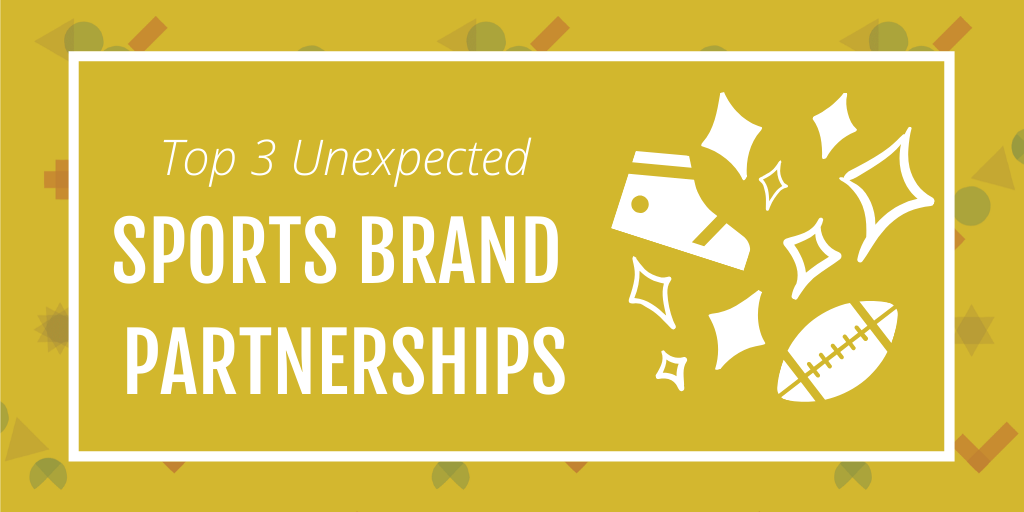 It was the summer of 2016. I had a stockpile of my favorite snacks (ketchup chips, sour candy, veggies and hummus), got into my coziest PJs, and curled up on my couch for the 4-hour spectacular, WWE’s SummerSlam. Halfway through the show I was treated to the delightful absurdity of wrestlers Dolph Ziggler and The Miz, dressed as KFC’s Colonel Sanders and a chicken. They were pitted against each other to prove that KFC made the best chicken sandwich. Dolph Ziggler, dressed as Colonel Sanders, using his signature move, the Superkick, on The Miz. Credit: Muscle and Fitness

It seemed like an odd pairing — you don’t immediately associate athleticism and fast food — but the live audience was enraptured and joined in by chanting “Colonel Sanders” during Ziggler’s entrance. Video of the match garnered almost 1 million views on YouTube, and WWE has continued its successful partnership with KFC at SummerSlam and other live events every year since.

The lesson here? When two seemingly unrelated brands collaborate, it can create something magical. While the NFL released their schedule for the 2020 season in the typical unimaginative fashion, the Detroit Lions surprised their fans with a creative announcement through the videogame Animal Crossing: New Horizons.

The team tweeted a 7-minute video featuring an Animal Crossing player decked out in Lions gear. In-game activities were set up to represent the weekly match-ups. The activities included:

Animal Crossing: New Horizons has been wildly popular during the COVID-19 pandemic and the era of social distancing. While you wouldn’t immediately think there’s an overlap of Animal Crossing and football fans, the Detroit Lions saw an opportunity to engage their audience through the shared cultural phenomena of the game.

What makes Animal Crossing so special? Read our thoughts here.

Not only did the Detroit Lions tap into Animal Crossing’s popularity, they realized that in order to successfully engage fans of the game, they had to be authentic.

By referencing Animal Crossing inside jokes (like the horribly cheesy puns about different fish species), the Detroit Lions earned acceptance and respect from the fanbase. The team wasn’t taking advantage of the game’s popularity — they were expressing their love for it.

To captivate their audience further, the Detroit Lions posted a follow-up tweet with the Nintendo Switch Online Design IDs so that Lions fans could wear their gear in-game.

Want some #Lions gear for you and your villagers? Input the corresponding Design ID at the Custom Designs Portal in the Able Sisters shop to claim these designs for yourself. (Must have Nintendo Switch Online to claim.) pic.twitter.com/izQY35ZfVw

The Detroit Lions’ Animal Crossing schedule announcement was an overwhelming success on social media. Their usual low engagement on Twitter was replaced with a video with over 185k views, plus 2.5k retweets and 8.7k likes.

2. “Fire, Aim, Ready” Puts the Biscuit in the Basket Traditionally, the theme music for broadcast hockey games has largely been instrumental. That’s why it was unexpected when the NHL announced they had signed a multiyear partnership agreement with the punk rock trio Green Day.

The agreement includes the use of Green Day’s “Fire, Ready, Aim” as the opening theme song for NBCSN’s Wednesday Night Hockey, as well as use of other music from the band’s latest album in promotional materials.

This @NHL season is hereby known as LOUD season…where the toughest athletes to ever lace up a pair of skates meet the baddest rock band on the planet. Turn up the volume, “Fire, Ready, Aim” & enjoy. Wait, did we just tease a BRAND NEW SONG?! @NHLonNBCSports #WNH #NHLGreenDay pic.twitter.com/WDnxnktET6

While you may not immediately associate hockey and punk rock, NHL CCO and executive vice president Steve Mayer put it best:

“Their music fits so perfectly with the energy, speed and power that we witness on the ice and each and every night.”

A Brand Partnership that Brings the Hype Home

You know that feeling when your team scores a goal and the familiar music riff fills the arena? It’s electrifying.

Goal songs are an essential part of the live hockey experience. These beloved songs get the fans out of their seats, loudly singing along and cheering for their team while riling up the opposing team’s fans.

With the regular-season was cut short due to the COVID-19 pandemic and the fate of the playoffs is still uncertain there’s no guarantee arenas will be open to fans anytime soon. The post-goal celebration as we know it could be a thing of the past.

For the NHL, building and sustaining fan engagement at home is now more important than ever. And Green Day’s music is helping that happen.

Fans showing their excitement for the Green Day x NHL partnership on Twitter.

3. The Iconic Sneaker that Nearly Never Was I know what you’re thinking: The Air Jordan sneaker is the quintessential example of a perfect pairing between a pro-sports athlete and consumer brand. How is this collaboration unexpected?

We now automatically associate the NBA with Nike but it was Converse and Adidas that 5were the original shoes of choice for Mr. Jordan. In 1980? Michael Jordan was asked what company he’d partner with and he responded without hesitation: “Adidas.”

In the mid-’80s a brand partnership with Converse fell through so Nike pitched a deal to Jordan. The then rookie player almost passed up the offer, only agreeing after his agent recruited his mother to convince him that it would be worth it. Turns out they were right.

In 1985, Nike projected that Air Jordans would bring in $3 million — instead, they brought in a staggering $126 million.

Despite Nike’s colorful design being banned by the NBA, Michael Jordan wore the sneakers in every game and his rebellious attitude resonated with young fans. Seeing the potential in this new target audience, Nike created a campaign around the banned shoe — what better way to emulate your favorite player than to sport the symbol of his rebellion?

The brand partnership between Nike and Michael Jordan has only grown, expanding to a full clothing and accessory line and pulling in a revenue of $3.1 billion in the last fiscal year. Wow, talk about brand synergy!

Want to precisely segment and target your fans? AE can help.

Choosing the Right Brand to Partner With

When two unexpected brands join forces, the result can be magical. Brand collaborations that resonate with a fanbase spark conversation, drive engagement, and encourage fans to become brand advocates.

What’s a brand advocate and why are they important? See our article here.

Collaborations like Michael Jordan x Nike or WWE x KFC may seem like a once-in-a-lifetime success, but they don’t have to be. With AE’s Cross Brand Analysis, you can see what brands have a strong customer overlap with your own. Take the guessing out of brand partnerships, and start relying on real-time data.

As AE’s Marketing Magician, I’m involved in multiple areas – social media, analytics, sales and more! I’m an artist, gamer, and avid podcast listener so outside of work I'm often found painting my favourite characters while binging a new pod.
← May Pop Culture Picks
AE's cookies work to give you the best possible site experience. By continuing you agree to our cookie use. Find more details in our Privacy Promise.